pug puppies for sale in goa 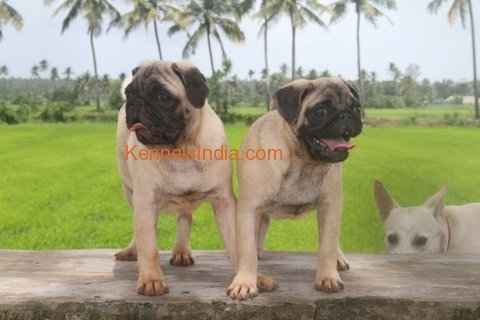 show prospect male pug puppies are available for sale. pups are dewormed,vaccinated,registered with the KCI, dew claws removed. father is a champion, imported from Thailand, multiple board winner. Mother is a champion bred in India,multiple BOB,RBOB,toy group winner. She is producing champions in every litter.