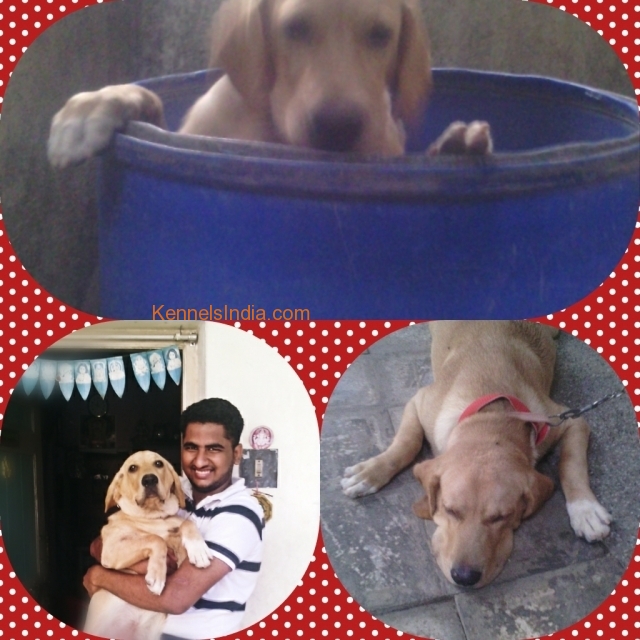 Cute and well adoptable Labrador puppy with well fed and exercised body muscles and with easy going nature with children, smooth hair texture with no dog lice,keen sense of smell which is the extraordinary gift of this Labrador and adopt to any regional and kennel foods,please take care of it as we did! thanks