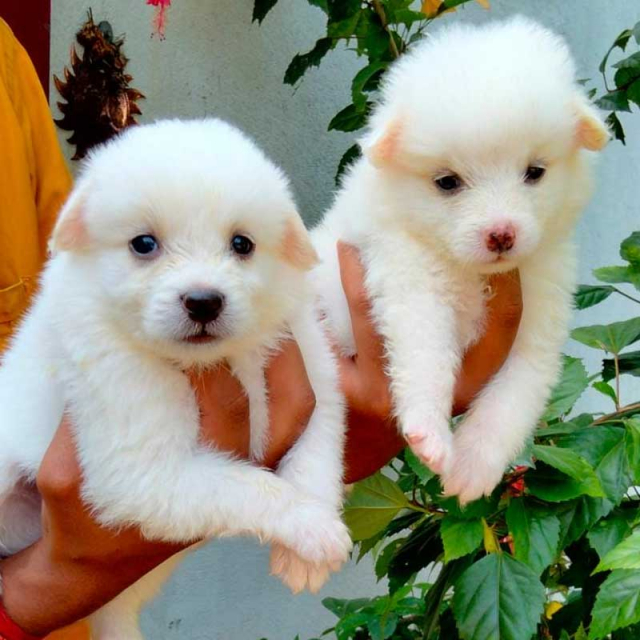 We have white-color heavy-size top-quality Pomeranian puppies available for sale in Tiruppur, Tamil Nadu. we have 2 males and one female puppy are available. Our puppies are original pure puppies.