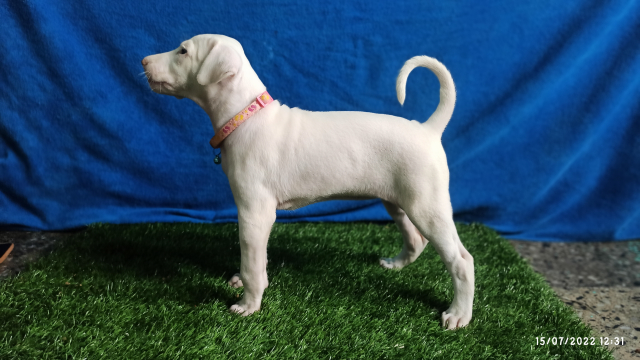 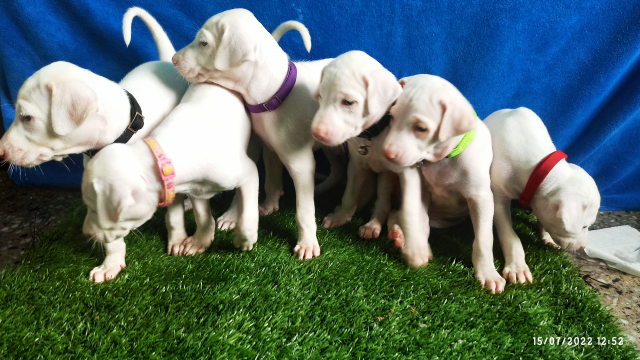 I have Rajapalayam puppies father parent is old blood lineage. won 2 times cup and a medal for the best breed in KCI. and mother parent has natural rare erect ears. All are healthy and guarantee show quality puppies. Deworming done. has no any physical or other illness. Age 45days 3 male and 3 Female.