Labrador puppies active and in excellent condition for sale in chennai 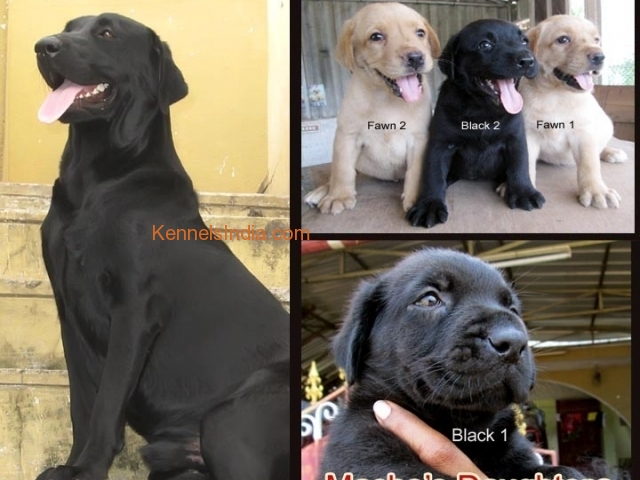 Hi, I have 4 labrador female puppies for sale. They are daughter's of Macho, my Australian lineage dog that is the grand son of 2 country Grand Champion. These are puppies from first mating for the sire and the dam. The puppies are de-wormed, vaccinated and are not registered with KCI. These puppies are heavy and the pics shown in the ad are original and are not fake pics. All male puppies were booked when they were 13 days old and delivered. Please call 09884699973 for more details or to book your puppy immediately.