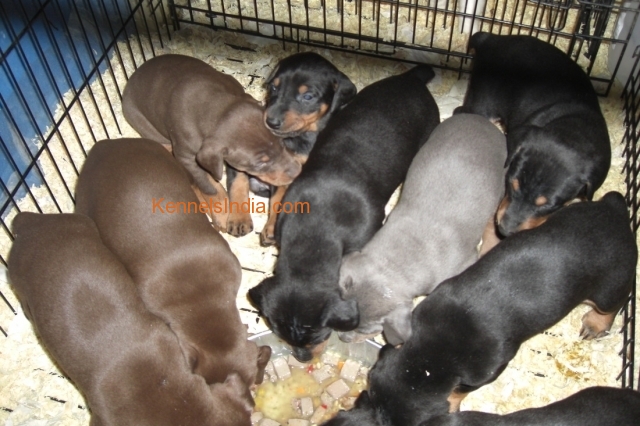 The Chest Is Broad And The Legs Are Perfectly Straight. Dewclaws Are Sometimes Removed. The Short, Hard, Thick Coat Lies Flat. Sometimes There Is An Invisible Gray Undercoat On The Neck. The Coat Comes In Black, Black With Tan Markings, Blue-Gray, Red, Fawn And White.