Doberman puppy for sale in Chennai 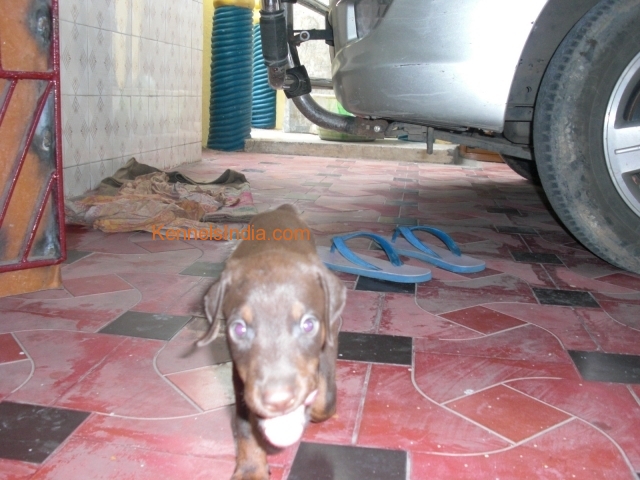 Doberman brown colour 45 days puppy in Good quality for sale in Chennai at the price of 6,000 each, 3 male are available . i have attached the photos of the puppy in this add also. father and mother are both watching dog for a form. good size too.