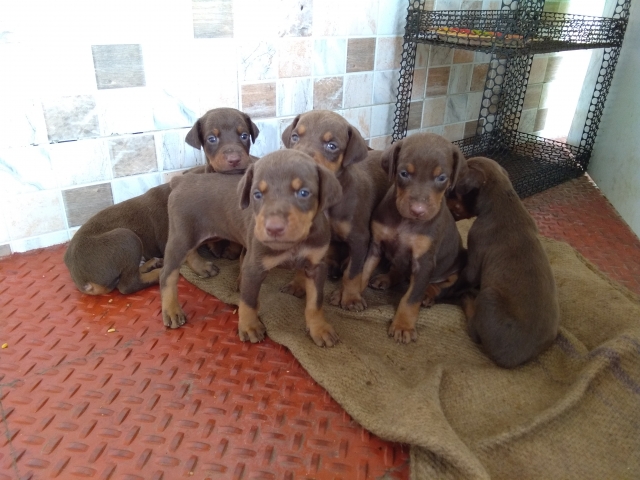 We have healthy and active Doberman female puppies for lovely homes. puppies are 25+ days old, suitable for any locations. call us for more details and location.