Doberman Puppies for sale in Punjab 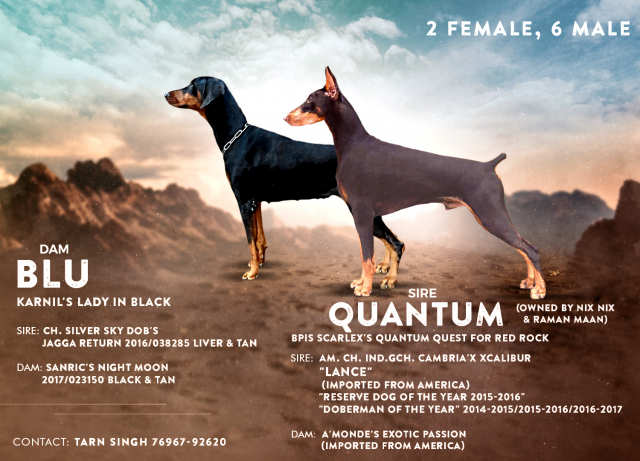 We have 4 Male and 2 female available. Puppies are full healthy and heavy bone.
Champion and Imported Bloodline. Please contact me for further details.