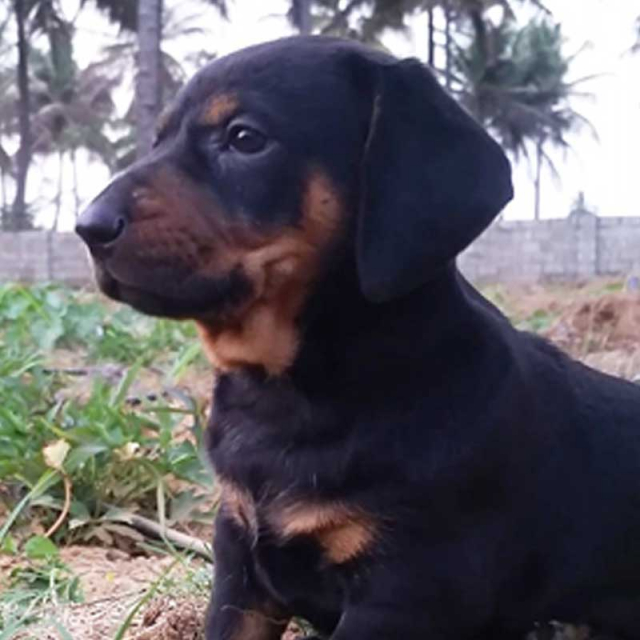 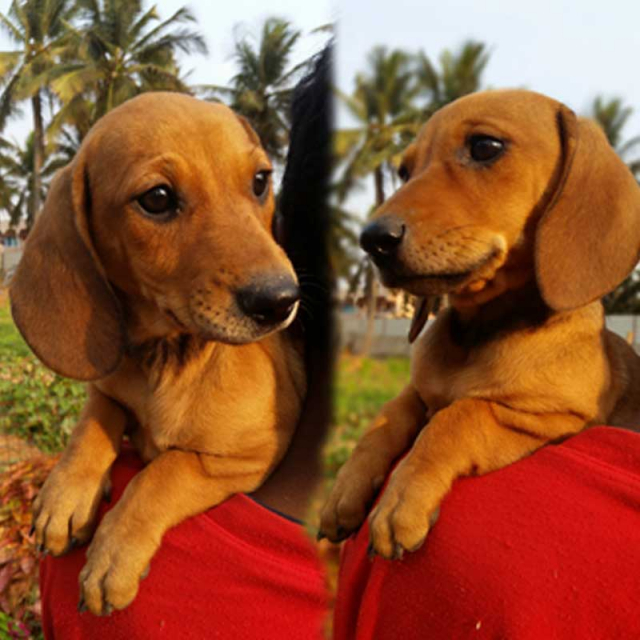 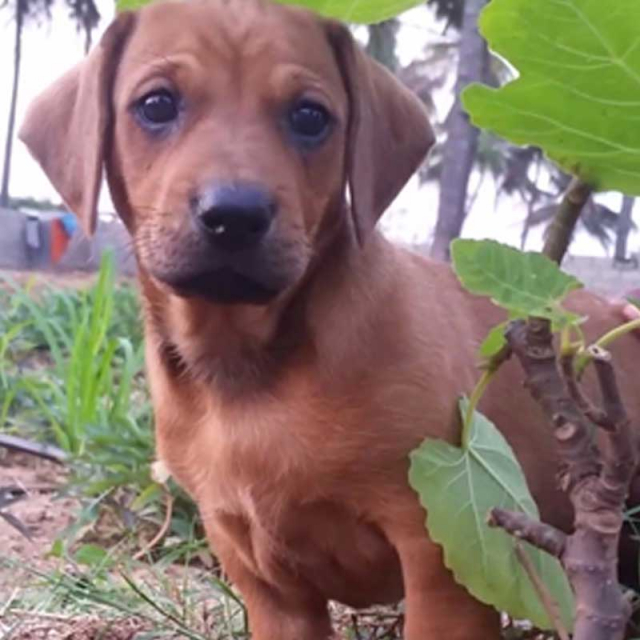 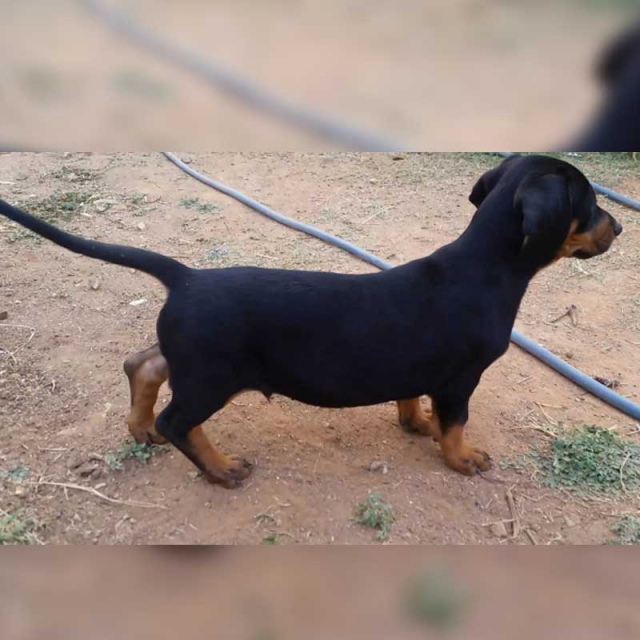 Puppy lovers can call me for more details.

Country of Origin
The Dachshund (pronounced dak-sund; also known as a ‘Teckel’) originated in Germany in the sixteenth century. They were bred and trained to chase down prey, such as a badger (Dachshund means ‘Badger Dog’) or fox, enter its burrow, kill it, and retrieve it. The Dachshund was recognized as a distinct breed in 1910 and has gradually increased in popularity to become a favored pet. Famous Dachshunds include Picasso’s dog Lump, who may have inspired some of his works, and Waldi, the first Olympic Mascot and symbol of the 1972 Summer Olympics in Munich, Germany.

Coat and Color
The Dachshund coat may be smooth, long, or wire-haired. All have distinct appearance. Colors can be reddish-brown, black, tan, chocolate brown, deep chestnut in reddish-brown, and black and tan. The hairs on the wire-haired Dachshund should lie flat and be as hard as possible.

Character
Dachshunds are energetic, brave, intelligent and independent. They are quite happy, even clownish, and can behave mischievously on occasion. The Dachshund greatly enjoys interacting with humans and is quite friendly and outgoing at home. Dachshunds make fine companions and are not typically used as hunters.

Temperament
The Dachshund is somewhat reserved around strangers and may bark at them, but forms a strong bond with family. It can be too courageous around larger dogs. Dachshunds are bold and outgoing, enjoying attention and frequently seeking adventure. They get along well with known children but may behave aggressively towards unknown children. Wired-haired Dachshunds tend to be more lively and outgoing then smooth-hairs; miniature Dachshunds may also be more reserved.

Training
Long-haired Dachshunds are slightly easier to train than smooth- or wire-haired Dachshunds, however all varieties need firm and consistent training because they have minds of their own. The Dachshund is also sensitive and should be corrected gently, lest it become cowed and afraid.

Activity
The Dachshund needs a small amount of exercise; medium length walks or a fair amount of play in the yard should be sufficient. Dachshunds may tire easily so exercise should be spaced out throughout the day. Dachshunds can live comfortably in an apartment, but it is best if they get an occasional view of the wild. Frequent jumping and running should not be allowed as it may cause back problems.