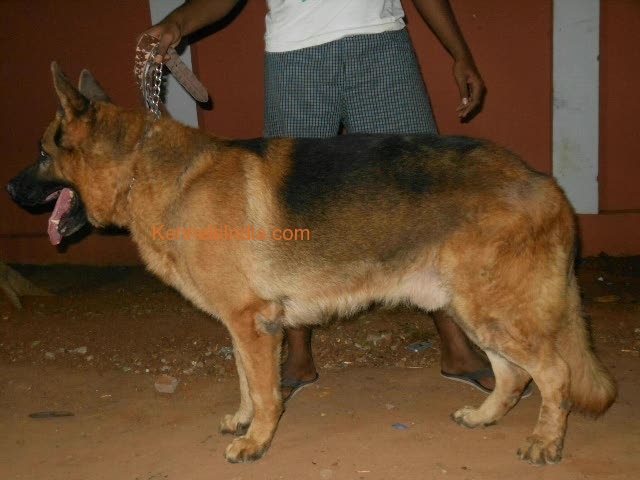 a great masculine, certified, resulted, show quality german shepherd for sale. As i am going abroad next year i want to sell this dog. genuine buyers call me. price is slightly negotiable.