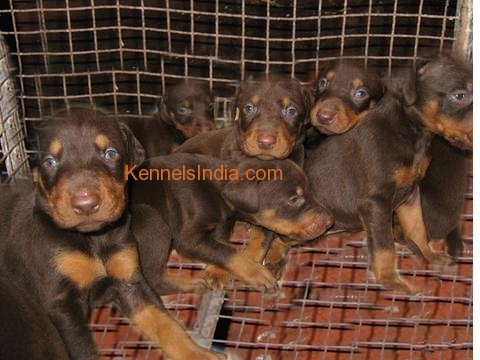 WE AT WOLFLINES KENNEL HAVE A LITTER OF 6 PUPS 3 MALES & 3 FEMALES FROM THE AMERCIAN TYPE STANDARD DOBERMANNS FOR SALE.THE PUPPIES ARE READY FOR NEW HOMES.ALL ARE VACCINATED & REGISTERED.

OUR LOCATION IS AT NEAR BY ERODE. Coimbatore to Bangalore Highways road.